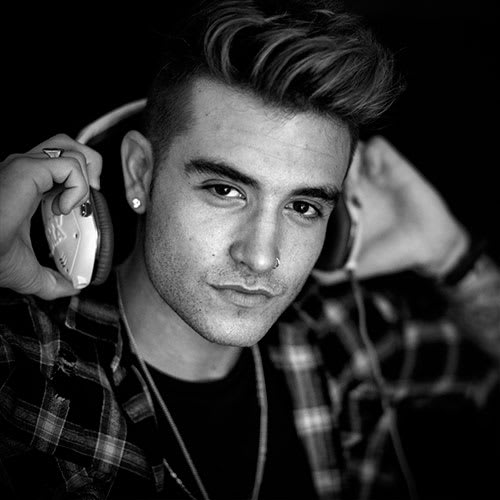 Premiered at the latest edition of the digital festival Around the World by renowned Tomorrowland, DJ MAG Top 100 DJ (ranked #38) Danny Avila introduces a fresh and new sound that has never been heard before: Mainstage Techno. Having spent over a year working on this advanced, unprecedented style, its innovative, dynamic and powerful tonality is essentially distinguished by the unique combination of state-of-the-art elements of techno music paired with full-on, cutting-edge progressive features, which together create an insanely energetic mix. No wonder Armada Music immediately signed all the first singles.

His first session was in 2010 at the Marbella Dreamers nightclub, in a light session (underage). Two years later he moves to Madrid, where he debuts in Kapital before more than a thousand people1 and, in 2011, he has performed in places such as Ultra and Electric Zoo. He debuted on the main stage of the Ultra Music Festival in Miami in March 2013 at just 17 years old23 He was also hired by MGM in Las Vegas to have the youngest residence in the history of his club Hakkasan Nightclub, currently the tenth best world club according to DJMag, for the year 2013 along with artists such as Steve Aoki, Laidback Luke, DeadMau5, Tommy Trash, Tiesto & Calvin Harris.4 The MTV channel and Billboard magazine mention him as the "One To Watch" as a revelation artist56 In 2013 he performs at the Coachella Festival, California. Broadcast of his sessions in prime time on the largest national radio station in North America, SiriusXM. Danny Ávila has established himself, in 2013, as a great ambassador of Spanish electronic music. His name consistently tops the Beatport charts with tracks like Breaking Your Fall (Big Beat Records), Voltage (Spinnin' Records), Tronco (Musical Freedom) and his latest creation Rasta Funk (Spinnin' Records). , in addition to different compilation albums for one of the most emblematic clubs in London, Ministry of Sound and Ibiza Calling @ Space. In 2014 he returned to participate in the Miami Ultra Music Festival, one of the most important events on the calendar. In October 2013 he debuted for the first time on the main stage of one of the most important electronic music events in Europe, the Amsterdam Dance Event. He participated during 2012 and 2013 in a tour starring DJ's Deniz Koyu, dBerrie and Mikael Wermets, playing all over the globe, thus generating hundreds of fans all over the world. Tiesto, the renowned Dutch DJ, recognized Ávila's innate musical talent from the moment the 17-year-old opened his Pacha Ibiza session in the summer of 2012. He offered Danny nine more performances with him before asking him to join him. Joining his various international tours of Asia, the USA has cooperated, along with the Dutchman, in the UK performances of his "Greater Than" tour, with superstar Calvin Harris. Tiesto has become a mentor and friend to the young Spaniard.